The Chinese regime, with the aim of upholding total control and achieving unquestioning submission in East Turkistan, has been actively executing its coercive ethnocentric sinicization policies to erase Uyghurs’ Turkic identity (i.e. language, culture, and the belief system). These specifically targeted assimilation policies have had an enormous impact on the social interactions and the collective psyche of the Uyghur people both at home and abroad, which in recent years also started to impact the lives of other Turkic/Muslim peoples in East Turkistan.

The annual report is aimed to serve the information needs of the growing community of organizations, UN and government official, and other concerned individuals who are devoted to seeking accountability for human rights violations against the Uyghurs and other Turkic peoples in East Turkistan.

The annual report concludes that the Chinese regime has engaged in severe human rights violations (crimes against humanity) that meet the criteria for genocide as defined by the U.N. Convention on the Prevention and Punishment of the Crime of Genocide. The role of the collective and national consciousness, “which by its very nature, tends to emerge and re-emerge, however often and however harshly it is suppressed, in all peoples whose national identity is threatened by a ruling power” 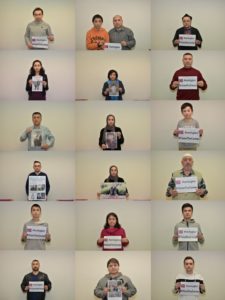